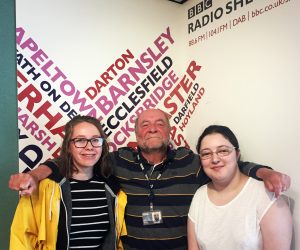 Early in August, Eloise Unerman (winner of this year’s Cuckoo Northern Writers’ Award) from Rotherham Young Writers, and Abi Millen from Sheffield Young Writers, gave their thoughts on The Prince of Mist by Carlos Ruiz Zafon, which had been read as part of the radio’s reading group. It was a great discussion and they were joined by Dan Marshall, the Collections and Audience Development Officer at Sheffield Libraries, and author and Hive workshop leader, Nik Perring. You can listen here:

At the end of the show, Rony asked for our recommendations – of what the listeners should read next over the summer. Eloise recommended Martha Brockenbrough’s  The Game of Love and Death and invited some Hive young writers back at the end of August to review it once read. 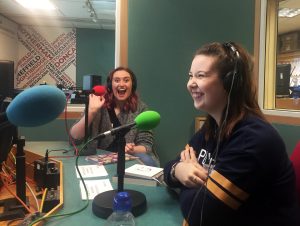 Ciara O’Rourke from Hive’s Doncaster writing group and Lauren O’Brien from Rotherham Young Writers took up the challenge and, on August 30th, we were back with Rony, along with the book’s author – who was on the line all the way from Seattle, Washington in America (at 5am in the morning!).

It was another terrific half hour and there was lots of interesting discussion, not just about the book but about various writerly things, including the Young Adult genre, fantasy, and showed someone our work for the first time. You can listen here:

Well done to all the young writers who took part and a huge thanks to Rony, Kat and everyone at BBC Radio Sheffield for inviting us on!